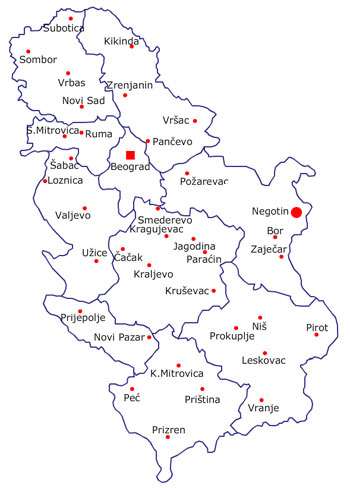 Krajina is located between Serbia, Romania and Bulgaria. Plains, known as Negotinska krajina, is located between rivers Danube and Timok up the hill Vidrovac Badnjevo Bratujevac. Above this line is a flat plateau to the mountains and Deli Jovan table, this whole area is naturally separated from the central and western Serbia. Therefore, and due to the relatively low altitude of the city is about 45 meters above sea level. 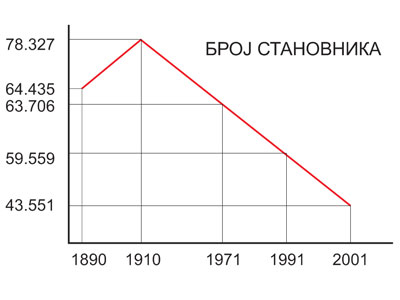 According to the first results of the 2002 census, in the municipality of 43,551 inhabitants live Negotin (excluding residents temporarily residing abroad, of which there are 14,439), which is less than 5,355 inhabitants according to the census of in 1991. year, or by 10.9%.

Note: Negotinska Krajina 1890s. had 51 settlement and today only 39 are no longer part of the Brza Palanka, Kupuziste, Glogovica, Koprivnica, Metris ...

For decades Krajina visited the "white plague" so that the population growth rate is -6.7 per thousand per year. Characteristic finding is that more than ten thousand inhabitants of Negotinska krajina is temporarily working in the European Union and the United States, Canada and Australia.