Negotin in the first half of the twentieth century

After establishing the Balkan alliance (Serbia, Bulgaria, Montenegro and Grece) in 1912 partial coordination of some military aspects of Serbian-Bulgarian military alliance was organized in agriculture school “Bukovo” nearby Negotin. Serbian delegation in these negotiations was led by general-duke Radomir Putnik.

The soldiers from Krajina won the battle against the Turks as a members of the Timok division and second Serbian army. Turkish army was defeated on all fronts. 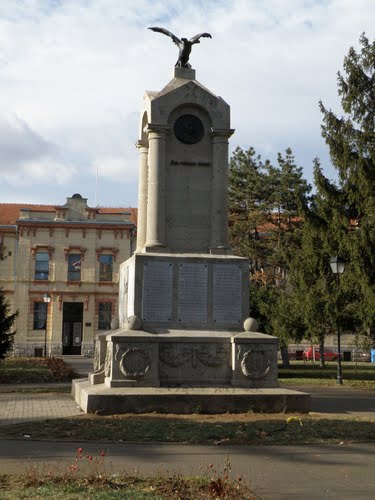 The winning countries divided the territory of Macedonia but qonsequently after that began The Second Balkan war. The Timok division took part in very successful operations on the front line Sofia-Pirot-Nis. One of the most unexpested victories was taking over the fortified Bulgarian town Belogradcik by “third call “ military trups from Krajina.
After the victory of the Serbian army in Belogradcik , the war was over in favour of Serbia. After the retreat of the Serbian army, Bulgarians occupied Negotin and Krajina. They introduced Bulgarian language as official language in schools, employed their teachers, from schools programs they have removed all contains of the Serbian history and culture. It was attempt of Bulgarian authorities to establish their culture in Krajina. All Serbian citizens who refused to obey Bulgarian rules, were sent to labour camps in Bulgaria.
After the recovery on the Greek islands Vido and Krf , Serbian Army went to the Solon front. In the battles held on this front significant role had the XIII regiment “ Hajduk Veljko “ which was the component of the Second army.
After the break through the Solun front in 1918, XIII regiment couldn’t participate in the liberation of Eastern Serbia. French general Zuinja Gambeta with his troups liberated Negotin on 21.X.1918. 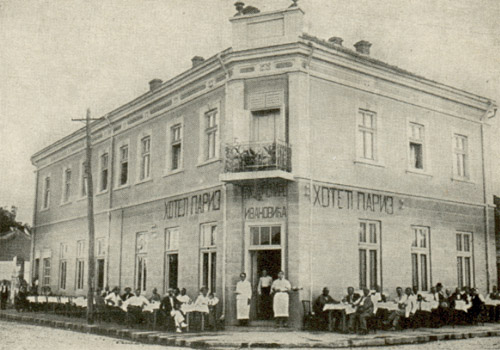 With the reorganization of the public administration, in the new Kingdom of Serbs, Croats and Slovenes, in 1922, Negotin lost the status of distrtict and the town lost the district facilities. Only District Court and some district institutions have been returned to the town in 1930. But, Negotin had lost the importance of administrative, military and political center of the eastern Serbia.
People in Negotin did not agree with this status, but with their efforts, in the years between the two World Wars, they completely changed the picture of Negotin. First powerplant, People of Krajina, did run in 1924, and light Negotin. Pioneer of electrification in Serbia, scientist physicist, astronomer and builder of first powerplants in Serbia was Djordje Stanojevic, who is also from Negotin.

During the period of reorganisation of the state in the new Kingdom of Serbs, Croats and Slovenians in 1922, Negotin had lost the status of the district and was left without district institutions. In 1930 the District court and the other district institutions were established again in Negotin. Inspite that, Negotin had lost its significant role as an administratative, military and political center of The Eastern Serbia.
People of Negotin didn't agree with this and with their own efforts in the years between two wars completely changed the picture of Negotin. The first heating plant started to work in 1924.
Pioneer of the electrification in Serbia, scientist, physicsician, astronomist and the constructor of first electric power plant was Dr. Djordje M.Stanojevic who was born in Negotin.
A few years later, the drainage channels for draining Negotin swamp have been constructed. Boarding shool for the students of Teachers school, New hospital and the vine cellar were built from 1930. until 1932.
The traffics connections were improved by river traffic. Ships “ Yugoslavia “ and “ Car Nicola “ were on the line Donji Milanivac – Negotin – Kladovo since 1930. Railroad connected Negotin with Nis and Belgrade and with other parts of Yugoslavia at that time.

Thanks to three high schools (gymnasium, agriculture and teachers) and garrison post of the 9 TH Infantry regiment Negotin was called “ the town of pupils and soldiers”.
On the beginning of The Second World War Krajina had three parts: Negotin, Krajina (with main office in Salas) and Jabukovac( apx. 80.000 residents).
Negotin was liberated from the German occupation on 12.XI.1944. Since then it is the cultural and economical centre of the municipality.